When the Moon Is Low, a Book Review by Author Dr. Nadia Hashimi

With the UN reporting that there are now 60 million displaced persons in our world, it’s imperative we pay attention to the plight of those looking to redefine home. The numbers were staggering when I began my research into the refugee crisis in 2009 but have continued to rise, unfortunately. The pediatrician in me is particularly moved to read that half of all refugees are children.

It is my hope that my second novel, When The Moon Is Low, will stimulate some discussion around the issue of the displaced and, in a small way, represent the hardships and perils these individuals face.

I’m thrilled to have recently celebrated the release of MOON at Politics & Prose on July 21st with the ever supportive Lady Docs in the audience. My first novel became an international bestseller, something I never imagined when I was working full time as a pediatrician. My second novel has followed in the footsteps, debuting on the Globe & Mail’s bestseller list in Canada and being praised by O Magazine (Oprah Magazine) as a “must read.” It’s also been praised by respected reviewers from Library Journal (starred review), Booklist and Book Reporter. I’m truly humbled by this incredible reception.

I’ll be making my rounds again and have some upcoming events where I’ll be speaking on the timely subject of refugees. More information is available on my website along with information related to the subject matter of the novel.

From the back cover:

By turns astonishing, frightening, and triumphant, When the Moon Is Low chronicles one brave Afghan woman’s odyssey to save her family

In Kabul, we meet Fereiba, a schoolteacher who puts her troubled childhood behind her when she finds love in an arranged marriage. But Fereiba’s comfortable life implodes when the Taliban rises to power and her family becomes a target of the new fundamentalist regime. Forced to flee with her three children, Fereiba has one hope for survival: to seek refuge with her sister’s family in London.

Traveling with forged papers and depending on the kindness of strangers, Fereiba and the children make a dangerous crossing into Iran under cover of darkness, the start of a harrowing journey that reduces her from a respected wife and mother to a desperate refugee.

Eventually they fall into the shadowy underground network of the undocumented who haunt the streets of Europe’s cities. And then, in a busy market square in Athens, their fate takes a frightening turn when Fereiba’s teenage son, Saleem, becomes separated from the rest of the family. Without his mother, Saleem is forced, abruptly and unforgivingly, to come of age in a world of human trafficking and squalid refugee camps.

Heartbroken, Fereiba has no choice but to continue on with only her daughter and baby. Mother and son cross border after perilous border, risking their lives in the hope of finding a place where they can be reunited. 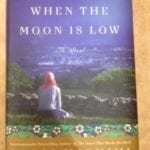 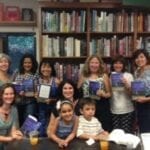